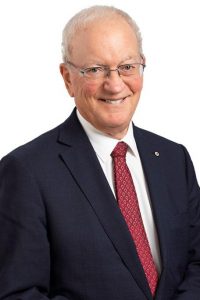 He was awarded the Bank of Adelaide Prize in Economics in 1970 and the American Agricultural Economics Society Outstanding Doctoral Program Award in 1976.

Roger has extensive experience in the agricultural sector, having completed his secondary education at the Urrbrae Agricultural High School and undertaken tertiary studies in agricultural economics, in addition to finance and business management. On graduation, he worked for the Bureau of Agricultural Economics and was an Executive Director of the Industries Assistance Commission, specialising in rural industries.

Roger has also had extensive experience overseas and particularly in China and the Asia Pacific as a result of leading trade and investment missions to the region for more than 30 years and from working on investment banking transactions in the region.

Roger is Chairman of the Investment Manager, Beston Pacific Asset Management Pty Ltd, former Chairman of IOOF Holdings Ltd, KeyInvest Ltd, and a Director of the Ruthven Institute. He has served on the Australian Accounting Standards Board and is actively engaged in a number of community organisations, including as Chairman and Principal Patron of the Freemasons Centre for Male Health and Wellbeing.